Here is a real gem of an interview. Michelin starred chef Eric Ripert, of New York City’s Le Bernardin which is one of the world’s most prestigious fine dining restaurants, talks here to Guardian Food Writer Joshua David Stein. Talk turns to Ripert’s management style. Ripert was trained in France ‘the traditional’ way, which meant he was humiliated and terrorised by the chefs, who believed you had to break the young recruits before you could rebuild them into champion chefs. Ripert reflects that he too treated his staff this way for years – with shouting, anger, and overbearing control. His moment of realisation came 20 years ago, whilst running the magnificent 400-year old Tour D’Argent in Paris – he was miserable, his staff were miserable and he knew there must be another way. Around this time, he began to study the Buddha’s teachings and took up a daily meditation practise. 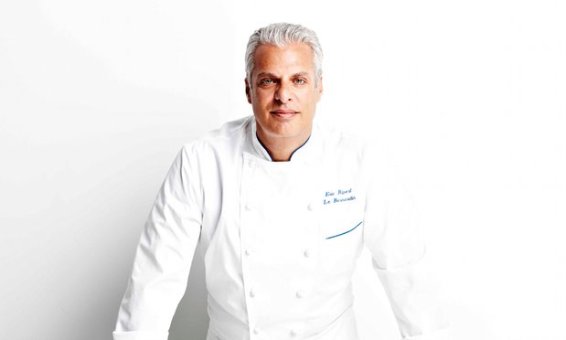 Now, Ripert says, he doesn’t really get angry, although he does still get frustrated when dealing with young chefs in his brigade who are still honing their skills. Stein wanted to witness how a Buddhist would act in the high pressure environment of a New York professional kitchen at the top of it’s game, so Ripert invited him to come into the kitchen and observe the evening’s service. At one point, Ripert had cause to send back to the station a piece of fish that was not cooked. Stein reports that there was no shouting and no humiliation. Ripert’s gentle but firm intervention guided the young cook. No more, no less. “Kindness” says Ripert later, “does not mean I am going to hug you, it means I am going to guide you”.

This is such a powerful and inspiring story for me.

Nobody is happy to be angry. Yet it seems that some chefs thrive on the bad-boy chef thing. It’s a persona they have adopted and they believe in, maybe never questioning why they do the things they do. Never wondering – is there another option here? After all, who would we be without our stories?

On silent retreat recently, a quiet voice in my own mind asked me to look at one of my own big stories. The story ‘I have a difficult relationship with love’. The belief that was so deeply held, tangled with so much evidence in my mind. Yet the voice asked ‘is this true?’ and suddenly 20 years of believing in a lie started to untangle. Maybe I have had a difficult relationship with love because I had talked myself into believing that I was that kind of person. Maybe I could just drop the story. Then what would my relationship to love look like?

I talked about this with my wonderful teacher, and with kindness and compassion she said – maybe you need to update. Yes!! Time to install an update in my mind!

It’s that easy (and that difficult).

Off retreat and back online, Ripert’s interview was in my inbox, plus this amazing sounding recipe from Not Without Salt, for Roasted Dates with Bittersweet Chocolate, olive oil and sea salt. It’s barely a recipe really, you can make it up as you see fit. You are the cook. It seems kind of fitting to try a new kind of date tonight!

Roasted Dates with Bittersweet Chocolate, by Not Without Salt

Large soft dates such as medjool – 1 or 2 per person 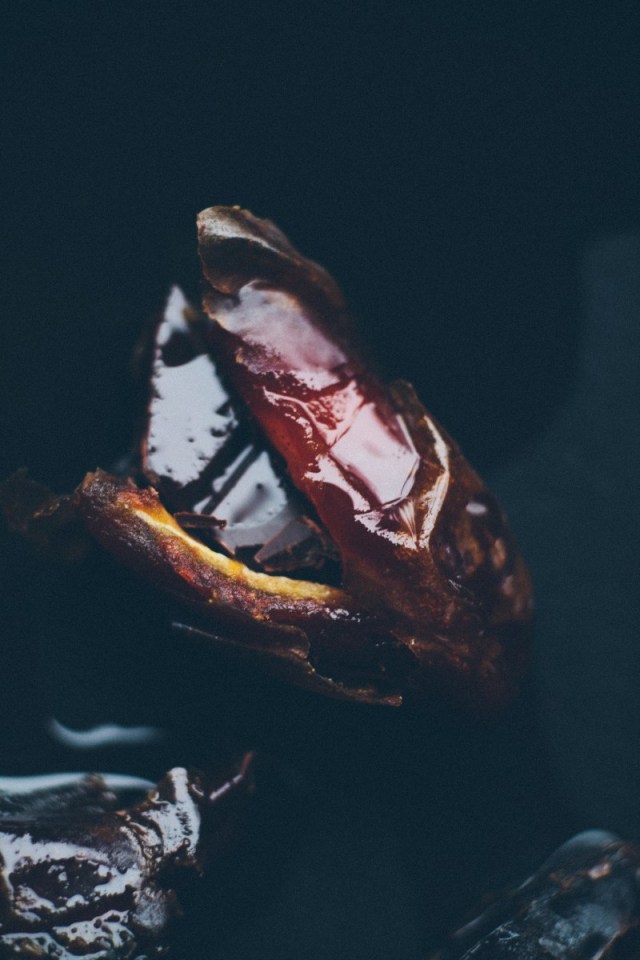