Our 30-day retreat with Lama Mark Webber finished last Thursday – it’s been an amazing month; I have learnt so much and feel very inspired. Of course I am inspired by the teachings, and the very presence and energy of Lama Mark, that goes without saying. But I have also been inspired by so much that has arisen in conjunction with that retreat; the people who were part of it, and the experiences that unfolded during the month as a result of my time at the Wangapeka. The vast amount & range of cooking that I wanted to offer in support stretched my imagination and repertoire in the kitchen… and as always, there were times that my patience and energy were also tested! Waking up to sunrises like the ones above and below were definitely part of the reward though!

On the evening that the retreat ended, by extraordinarily happy coincidence (whatever) there was a public talk at the Nelson Buddhist Centre given by Tara Choying Lhamo. She is a young Austrian-born dharma practitioner who has lived in retreat for over twenty years. For twelve of those, she lived and meditated in solitude, high in the mountains of Nepal in Lapchi, one of the retreat caves used by Tibet’s great yogi and saint, Milarepa.

I found her story and her presence equally astonishing. She was so clear and present, so open, grounded, poised and warm.

Born in Vienna and given the name Tamara, it wasn’t until she was 20 that she heard the 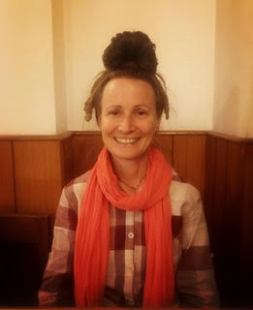 dharma for the first time, and specifically the Bodhisattva vow. It awoke in her a desire to dedicate her life to train her heart and mind for the benefit of others. So she went off to India and Nepal on pilgrimage, connected with her teacher (in the Drikung Kagyu lineage) and started practising. As a female, western, non-ordained practitioner, she was incredibly inspiring. It was her teacher who suggested it would be beneficial to drop the drop the ‘mara’ element of her name, and take the name Tara. Someone asked her what practises she could recommend for us lay, western people, who weren’t realistically going to spend 12 years in a cave in the Himalaya. Just so you know, she replied ‘mindfulness’!

Tara Choying Lhamo is on a bit of a speaking tour of Australia and NZ, so do investigate whether you might get the opportunity to meet her – you won’t be disappointed. She’s definitely inspired my practise. I’ve been around the dharma for about 10 short years…. when am I going to quit arsing around and really apply myself?!

During the month long retreat, it became apparent that my time working as the Wangapeka cook would come to a close next month. Hence, I’ve been thinking about ‘what next’ and am making a conscious effort to identify what it is about cooking that REALLY inspires me, so that hopefully I make a wise transition to my next role. For a while though, I got so wrapped up in that thinking process that I forgot to just be grateful for what’s already here!!!

I have just started a 6-week online course, The Transformative Power of Sufficiency & Gratefulness. It’s facilitated by the monk and interfaith scholar Brother David Steindl-Rast who I was a little familiar with because of this Ted talk, titled “Want to be happy? Be grateful”. It’s one of my favourites. Anyway, on day one of our course, Brother David said:

When we are grateful, two things happen. First, our heart sort of fills up with a quiet contentment. It fills up, it fills up, and then it overflows. As the psalm says, “My heart overflows with a happy song.” It overflows. When it overflows, like a fountain, it’s sparkling, and it makes happy noises. 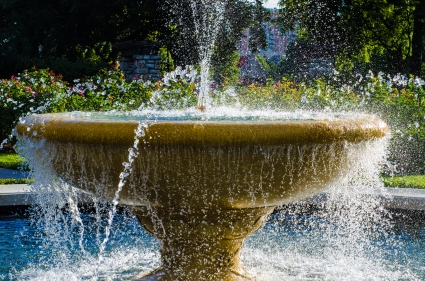 These are two different phases. And with us, just at the moment when this bowl of our heart wants to overflow, advertising comes and says, “There’s a bigger model, there’s a newer model, your neighbour has a better one or bigger one.” And instead of overflowing, we make the bowl bigger and we make the bowl bigger and it never overflows. And so the joy never comes even though you put in more and more and more.

This was exactly what I had unconsciously started doing for some days, so focused was I on finding a new, ‘better’ job for a while I had stopped loving being exactly where I was – cooking on retreat at Wangapeka! Nutter!

So now, buoyed up with feelings of abundance, I offer a couple of recipes from Lama Mark’s retreat. They are both representative of the kind of food I most enjoy – seasonal, local, healthy, tasty, plant-based.

This is a simple salad that wasn’t planned but just manifested. The taste, colour and autumn-ness of it felt just SO GOOD! The leaves are all from our organic garden – kale, chard, spinach and rocket, as were the beetroots, and a big mix of herbs. I seem to remember using parsley, dill, mint and basil. The boysenberries were locally grown and bought from a roadside stall on my way to Wangapeka. The hazelnuts are from a farm in Blenheim. The lemons are from my tree at home, and the honey is local. This is how I like to roll! 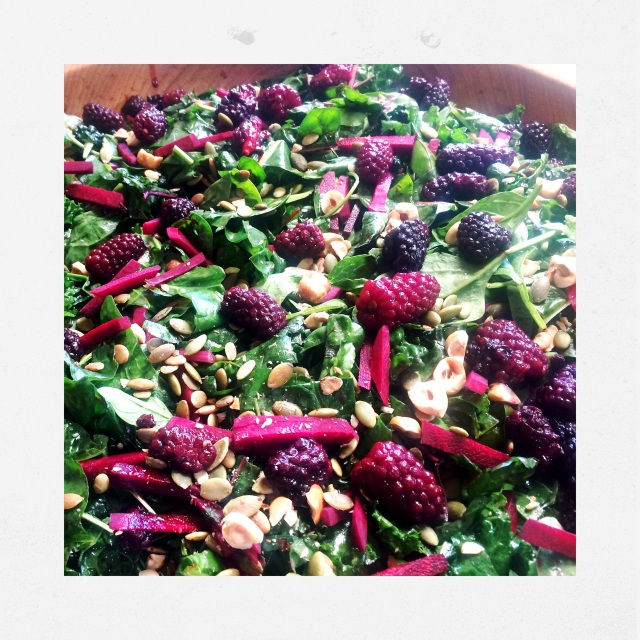 Wash the salad leaves, spin dry and tear into pieces. Make a dressing with lemon juice, extra virgin olive oil, honey, salt and pepper. Whisk, and massage into the leaves. Toast the hazelnuts then skin and roughly chop. Peel the beetroots and cut into matchsticks. Chop the herbs. Toss everything together. Gently add in the berries. Serve as a sunny autumnal lunch to happy, hungry meditators. We had it alongside a cauliflower and parmesan frittata.

This next dish is a fabulous vegan main. It’s the sauce that is the magic here, and I took the idea almost exactly from Minimalist Baker, although I reduced the maple syrup as initially I found it too sweet. To feed a large group I used about 6 packs of tofu, plus from our garden about 2kg of (roasted) courgettes, a generous amounts of baby spinach and lots of chopped coriander. The sauce is the following ingredients well combined, very gently warmed, and drizzled over the tofu/veg in layers:

Maybe it’s one of those dishes that isn’t the most photogenic, but taste-wise it was epic! We had it with brown basmati and a colourful, raw, chopped salad.

OK on that note I dedicate the merit of our wonderful retreat for the benefit of all sentient beings, and I bid you goodnight as I retreat to my bedroom cave for meditation.

2 thoughts on “Inspiration From All Directions”