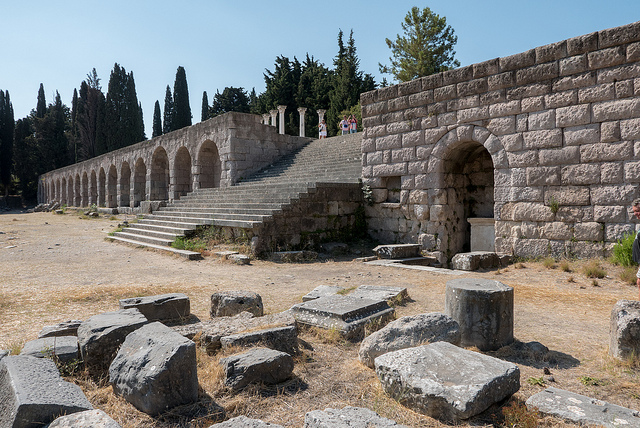 Possibly the most inspiring thing I’ve ever heard, and definitely something which has influenced my life’s journey, was told to me around 17 years ago. At that time I was neither a chef nor a Buddhist (or any kind of contemplative) and knew nothing of natural medicine or nutrition. I was at a university lecture on the topic of natural medicine (which I was contemplating studying) and the professor began his talk with a brief reference to Temple Medicine. Although I remember nothing else about that lecture, (or anything else particularly from 2002!)  the notion of Temple Medicine has never been surpassed in my mind as a model for healing. And I think my working life since has been a subconscious search for modern day equivalents.

Dating back to the ancient Greek civilisation, these healing temples – known collectively as Asclepeion Temples after the Greek God of Medicine; Asclepius – were basically ancient retreat centres. These temples were often located in secluded locations surrounded by beautiful scenery, like modern spas or maybe a bit like Aro-Hā!

These tranquil environments were purposefully chosen to promote peace and healing, and treatment at these temples largely centred around promoting healthy lifestyles and engaging with a persons’ spiritual needs. The programme on offer included exercise, a clean diet, spa therapies, art, prayer, poetry, music and philosophy. There is little mention of medical procedures per se – it seems that it was the healing environment, one that listened to and cared about the patients’ physical, emotional and spiritual wellbeing, that brought about the body’s own innate healing.

More than 300 Ascelpieia, dating around 500-200BC, have been found in Greece, and a few in Turkey and Rome. Excavated ruins reveal that along with gymnasiums and spa baths, there were huge libraries and theatres. Archaeologists also found patients’ records which attest to the success of this model (lucky for historians that patient records were etched on stone tablets!)

Simply, Temple Medicine worked. Hippocrates – the father of modern medicine who famously believed “let food be your medicine and medicine be your food” – received his medical training at the Asclepeion temple on the island of Kos. Hippocrates founded his medical school and hospital at that temple, which remained the largest and most renown healing sanctuary up until the 6th century. The Greek physician Galen, who went on to be the personal physician to the Roman Emperor Marcus Aurelius trained at the Asclepeion temple at Pergamon, in current day Turkey.

But somewhere along the line, we seem to have gotten lost. The snake around a staff emblem, referencing Ascelpius, survives as a modern, western motif in medicine institutions, but I fear that is all that survives.

I recently heard a Standford biologist say that despite all the advances in modern medicine, the most powerful pharmaceutical in the world remains our food. Who wouldn’t want to be part of reviving Temple Medicine in the 21st century?

I have found a few retreat centres in our modern world that offer a taste of Temple Medicine. I worked for a short time in a small retreat centre called The Abbey, in Oxfordshire UK which is very special. The very stones of the 13th century abbey hum with sacred healing potential, and retreats and classes include music, poetry, art and meditation, and gardening, cooking, story telling and deep listening. Mana Retreat centre in the Coromandel, NZ is another temple of peace and wellbeing. And of course where I currently live and work – Aro Hā in Glenorchy NZ – offers outstanding wellbeing programmes that include hiking, yoga, spa therapies, a plant-based cuisine, massage and meditation in one of the most beautiful locations on earth.

I was thinking a lot about Temple Medicine this last weekend, as I was away on a short self-retreat, which I took with the intention of focusing a little on some future goals and dreams. It was not a meditation retreat, although I did my regular daily sitting practise for sure. Also, I swam in the ocean, did my yoga, listened to music, and did a lot of reading & journaling, and took long walks on the beach with Pema (my dog). All of which are healing, restorative, engaging and inspiring… Of course they are, I was on my own little temple medicine retreat minus the debates with Greek philosophers! 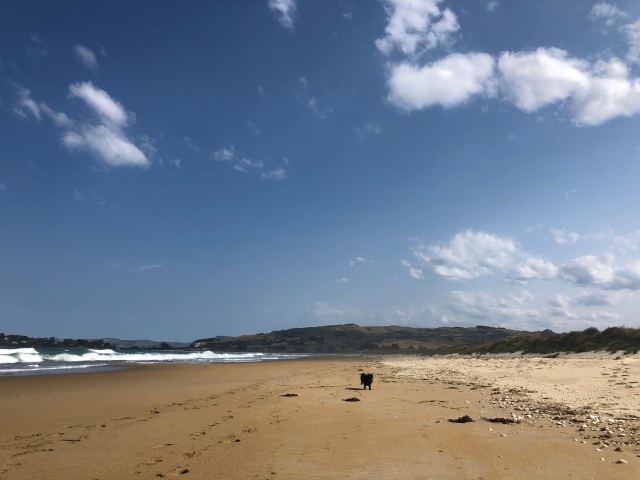 I did listen to a couple of Onbeing podcasts though – what a treasure trove of fascinating and wise people. If you’re not familiar with Onbeing (an award winning podcast/radio show that’s been downloaded over 200 million times) maybe start here – the ‘Spiritual Genius’ collection of interviews. This week I listened to Richard Davidson ‘a neuroscientist on love and learning’, Rachel Naomi Remen ‘the difference between fixing and healing’, Jean Vanier ‘the wisdom of tenderness’, and Mirabai Bush ‘Contemplation, Life and Work’.

Mirabai, a contemporary of Ram Dass, Joseph Goldstein and Sharon Salzberg,  mentioned this image which she created for her organisation The Centre For Contemplative Mind in Society. I love it and think it will inform and inspire my desire for a temple medicine project!

It’s such a quaint idea that mind / body / spirit are three distinct aspects to our being isn’t it!

I’m writing about Temple Medicine because earlier this month I met up with a revolutionary life-coach friend, and she encouraged me to talk about dreams however far off and seemingly unrealistic they seem right now. I know she’s right, everything starts with a thought, then becomes word, and then eventually action.

Next time, a recipe I promise.