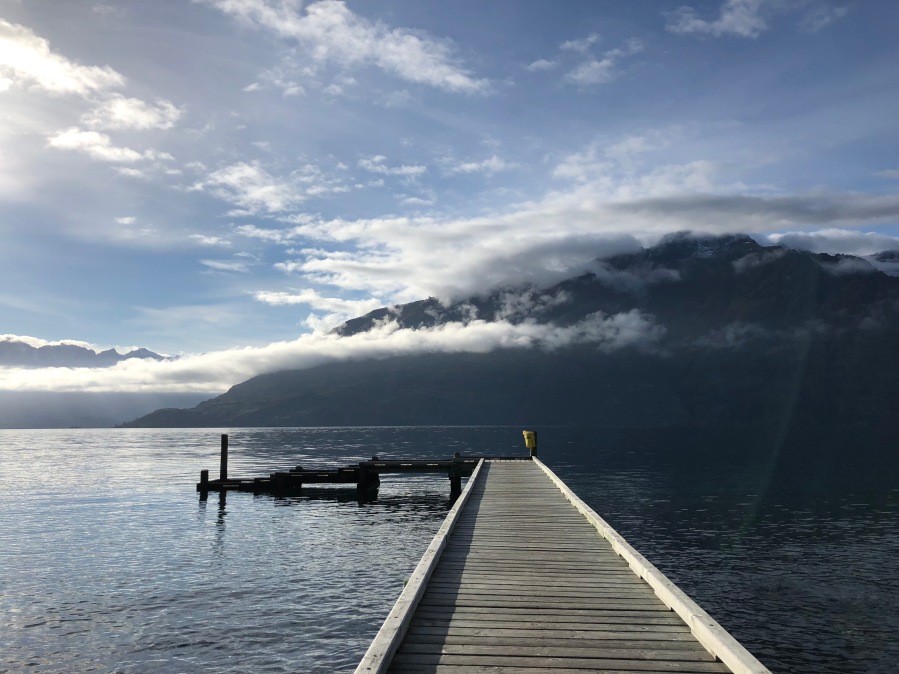 Here are some reflections on Brené Brown’s Netflix show A Call To Courage, and also something inspiring I learnt about the exceptional poet, Mary Oliver, who died earlier this year. Both are calling me to be more vulnerable, and more courageous. And also a recipe for a yum Mushroom and Wild Rice Risotto!

Back in 2016 I watched Brené Brown’s Ted Talk on the power of vulnerability. She was less well known then – a well respected research professor, but not the star that she became in lieu of her talk, which has now been watched nearly 40 million times. I recall being attracted to the ideas she shared, but I can’t say that it made me change my behaviour. It was one of those instances where I had the right attitude “yeh, that makes sense, I should be more vulnerable” but I wasn’t ready to examine my own habits.

Two nights ago I saw Brené Brown’s new Netflix show called A Call To Courage. Now she has written five #1 New York Times best sellers, and continues her research into courage, shame, vulnerability and empathy. This Netflix hour-long special pulls together all the strands of her 20 years of research, which concludes that we need both courage and vulnerability in order to live joyfully and whole-heartedly.

I used to think that the opposite of courage was fear, but when Brené said she’s learnt to chose courage over comfort, that was the juxtaposition that unlocked some understanding of my own patterns.

Brené tells the story of how she stumbled across the speech given by Theodore Roosevelt in 1910, whilst hiding in her house feeling utterly ashamed.  She wasn’t googling inspiring messages, she was actually binge watching Downtown Abbey and surfing the net as a life-avoidance tactic! Anyway, she found the speech, and she says her life changed in an instant. The speech, often called The Man In The Arena wasn’t new to me, but hearing it in the context of ‘courage over comfort’ it was a calling. Here’s the most quoted section of the speech:

It is not the critic who counts; not the man who points out how the strong man stumbles, or where the doer of deeds could have done them better. The credit belongs to the man who is actually in the arena, whose face is marred by dust and sweat and blood; who strives valiantly; who errs, who comes short again and again, because there is no effort without error and shortcoming; but who does actually strive to do the deeds; who knows great enthusiasms, the great devotions; who spends himself in a worthy cause; who at the best knows in the end the triumph of high achievement, and who at the worst, if he fails, at least fails while daring greatly, so that his place shall never be with those cold and timid souls who neither know victory nor defeat.

Although I think I have been reasonably courageous throughout my life, it’s been the kind of courage favoured by explorers. A kind of warrior courage.

But on an internal, emotional level, there is no warrior! Having been hurt, let down and bullied by people I had trusted, now I keep a certain level of armour on when it comes to personal relationships, and I control how much of myself I am willing to share. And it seems such reasonable behavior! But slowly, (very slowly!), thanks to being mindfully aware of my actions and interactions over the years, and seeing the ways my conditioned patterns affects myself and others, I can only (finally) conclude that at some level I’m holding my self back from joy and connection.

Jack Kornfield says in the Buddhist understanding great courage is not demonstrated by ambition and outward achievements.’The courageous heart is the one that is unafraid to open to the world, to care no matter what. With compassion we come to trust our capacity to open to life without armoring”

Yet more encouragement came my way this morning as I read 2 different articles about the poet Mary Oliver, who died earlier this year.

Mary Oliver was famously private, so although her poems are super famous, most of us know very little of her as a person. The first article I read was one of the few interviews she gave, in 2011. Mary’s long term partner of 40 years had died of cancer 6 years previously. Mary and Molly were devoted to each other. Mary says:

I had decided I would do one of two things when she died. I would buy a little cabin in the woods, and go inside with all my books and shut the door. Or I would unlock all the doors—we had always kept them locked; Molly liked that sense of safety—and see who I could meet in the world. And that’s what I did. I haven’t locked the door for five years. I have wonderful new friends.

In the interview, Mary describes herself as being happier, more excited and braver at age 75 than she was at any time before. She just unlocked the doors!

In the second article, a dear close friend of Mary’s writes about their long friendship, the weeks leading up to Mary’s death in Jan 2019, and then something astonishing that happened the weeks after. If you are not familiar with Mary Oliver’s writing, then know that her most beloved poem is called Wild Geese – then you will get the same shivers I did when you hear what happened after her death. Her friend Lisa writes:

I will tell you about the wild geese as they circle and land in the field just across the street from where I sit writing these very words, right now. I don’t mean one flock. I mean that dozens of flocks of wild geese have been barreling in from all directions for more than a month now. It’s like Woodstock out there—a crowded clamor of geese that circle, usually, right above the roof of my condo before turning back and landing on the field I overlook. There are thousands of them out there now, with more coming in. I can see them in the distance, some coming, some going, some in V-formation, others like a long, faint, scribbled pencil mark across the sky, like the one, in fact, on the small yellow legal pad on the table right near Mary’s bed. Surely I don’t need to tell you that as they come and go, each one of them calls her name.

See what can happen with courage like that! With love like that! I’m a bit lost for words.

Here at Aro-Hā we are beginning an 8 day retreat. We have lots of returning guests, and it’s quite a small group compared to usual, so it has a relaxed family feeling.

I have several new recipes on the menu, including this supper. It’s somewhere between a risotto and a thick soup. Instead of risotto rice I use white lentils to make it higher in protein and fibre; better for our gut health too. It’s creamy and comforting!

Warm some olive oil in a saucepan, gently cook the savoy cabbage with the leek and garlic, adding a generous sprinkle of salt until very soft. Set aside

In a new pan, warm some olive oil, add carrot & celery and cook til soft. Dice the mushrooms. Add the herbs to the pan, stir to combine, tip in the mushrooms and cook until well reduced. Add the cooked cabbage, mix well, then add the stock, the white lentils, the wild rice, stir well, bring to a simmer and cook 50 mins – 1 hour, uncovered.

Stir in cashew cream, season generously, and finish with a sprinkle of toasted pine nuts.

2 thoughts on “Everything Is Waiting For You”